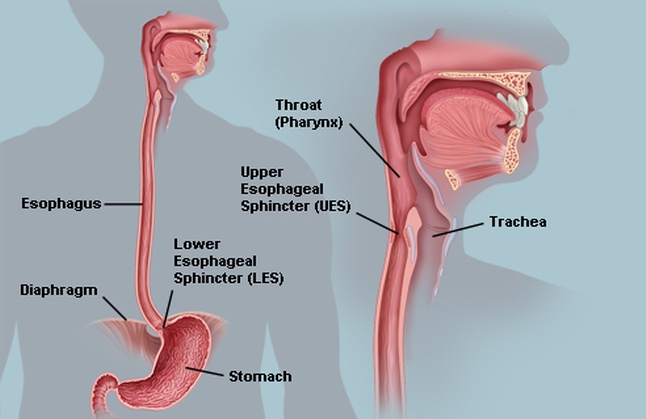 The upper esophageal sphincter (UES) is a bundle of muscles at the top of the esophagus. The muscles of the UES are under conscious control, used when breathing, eating, belching, and vomiting. They keep food and secretions from going down the windpipe.

The lower esophageal sphincter (LES) is a bundle of muscles at the low end of the esophagus, where it meets the stomach. When the LES is closed, it prevents acid and stomach contents from traveling backwards from the stomach. The LES muscles are not under voluntary control.