Your stomach makes a lot of acid, which helps digest food. Normally, the lining of your stomach and intestines has defenses against the acid. If something interferes with those defenses, the acid can cause damage. 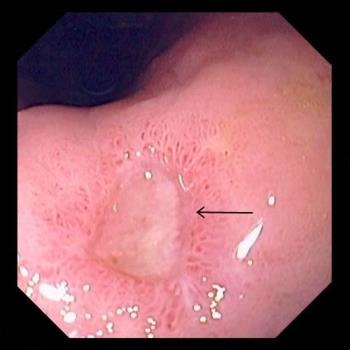 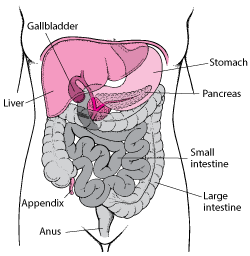 The 2 most common causes of peptic ulcers are:

People who smoke are more likely to develop a peptic ulcer. Also, their ulcers heal more slowly and are likely to come back.

What are the symptoms of a peptic ulcer?

Many people with a peptic ulcer have no symptoms. When they happen, the most common symptom is:

The pain usually comes and goes. Eating food usually makes duodenal ulcers feel better, but then the pain comes back in a few hours. Taking antacids also usually makes the pain better.
Other symptoms include:

What are the complications of peptic ulcers?

Peptic ulcers can cause problems such as:

How can doctors tell if I have a peptic ulcer?

Your doctor may suspect an ulcer based on your symptoms and just start you on ulcer treatment. If you get better, they often don't do any tests.
However, doctors may do tests if:

The main test doctors do is: During endoscopy, doctors usually take a biopsy (a sample of your tissue to look at under a microscope) to look for Helicobacter pylori bacteria or cancer.

How do doctors treat peptic ulcers?

Doctors treat ulcers with medicines, such as:

Doctors will also ask you to avoid: If you have a bleeding ulcer, doctors do endoscopy to give treatments that make the bleeding stop. If you have a hole through the wall of your stomach or intestine, you'll need surgery.